HomeDramaWhat Time is it?- Saat Kaç

What Time is it?- Saat Kaç

At New York Union Square a girl is waiting for her friend. A boy tries to find his girlfriend around a groupe who gathering sign against “Irak War”. None of them reach their hopes.

The boy by askind the time tries to find a way to have a connection with the girl who gets very angry about her friend. They become friends. One day when girl waits for this guy another boy comes and like him asks the time. The girl goes with new guy… everything repeats like  begining of the film but with some unknown details…

Written and Directed by 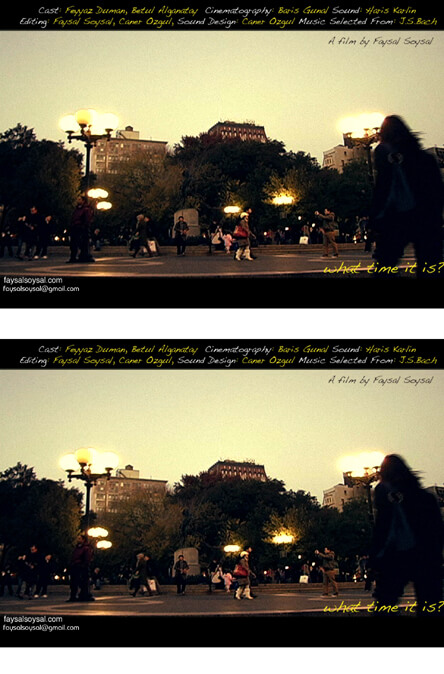